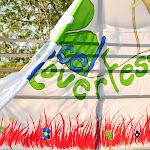 Muscel cLoverFest is the first cover festival in Romania, held in unconventional areas dedicated to the true cover (music) lovers. In terms of music, the festival aims to rehabilitate the notion of COVER,  as an innovation not an imitation.
cLoverFest proposes a return to the true meaning of the idea of cover. Throughout the music industry’s history, even big names covered songs of other bands. In many cases, the cover was more appreciated than the original.
Our point: a cover requires a reinterpretation, a re-orchestration, an original contribution. It’s not just about learning the chords and the words of the original song. cLoverFest aims to be a place where you can rediscover the joy of simplicity and traditional lifestyle. It is „a well-being” festival.
The „Muscel cLoverFest” project, initiated by the Sargetia Foundation, promotes the rural area of Muscel (Dâmbovița County). By organizing cultural events, we try to motivate the local community into practicing agro-tourism. Muscel, the small village that hosts our festival, is the place that inspired us to launch this project.
Through this event held in the heart of nature, we aim to promote the touristic potential of the Muscel-Moroieni area and we hope to recover and maintain its traditional values. 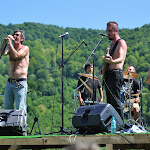 The festival was initiated in 2009, and the pilot edition was organized in just two weeks. In the first year, we had live music until dawn. Over 300 guests attended the event.
The 2010 edition, the first official edition of the festival, lasted for three days. Famous Romanian bands and young artists performed on the Muscel stage. We had over 600 visitors over a weekend.
The 2011 edition was held from 19 to 21 August on a new location, a plateau closer to the village of Muscel. Approximately 500 participants were with us for three days with a lot of sun, but also a lot of rain, and plenty of adventures that kept our spirits high.
2012 – the current edition (24 – 26 August) intends to gather 1,000 participants by:  - facilitating the access (improving the road to the festival area); - extending media channels to promote the event  - offering various outdoor activities.
In only three years, the festival has earned the title for „coolest well-being festival” , and has created a real „cLoverFest community”, made from people who return every year along with their friends.
These past three editions (official and unofficial) bands and groups like Nightlosers, Niște Băieți, Marcian Petrescu & Trenul de Noapte, Panic Depression, C.O.D, Adi Manolovici Syndikate, Steelborn, Recycle Bin etc. have played on our stage.
Romanian bands Sarmalele Reci and Peter & Kindlein Acoustic Experience were invited at the cLoverFest after-parties, two live music events held last fall in Târgoviște (Dâmbovița County).

With Google+ plugin by Geoff Janes